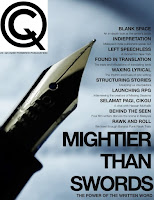 The fifth issue of CQ Magazine is here! This edition looks at the power of the written word, with submissions focusing on the fine arts, television, film, music, language and more.

13 creative types reveal how they overcome the writer’s block, as an academic discuss the science of it. Five writers talk about the film writing scene in Malaysia, while three independent publishers analyse the alternative books of the nation.

Two creators of the visual novel Missing Seasons divulge some of their company’s secrets, just as others explain, exhale and enthuse at the importance of lyrics, the trials and tribulations of translation and the odyssey of an Italian in the Malaysian punk rock scene.

All of this adds up to over 60 pages packed with features, stories, poems, interviews and more in the biggest edition of CQ Magazine! 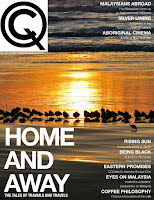 The end of the year brings with it a new issue of CQ Magazine! The Home and Away edition looks at where our hearts are and what ideas of the home are like.

We have an exclusive interview with Jasmine Suraya Chin, an on-screen performer who talks openly about her career thus far. Al Ibrahim muses out loud about the challenges of #GrowingUpBlack, while Gisella Livia Lie considers representations of Aboriginals in Australian Cinema.
Adi Iskandar asks five different Malaysians about their lives overseas, while those from abroad who made Malaysia their home speaks out about their adopted homeland. There are also stories from an Indian in London, a Melbourne-based Indonesian, a Malaysian who set foot in the Land of the Rising Sun, and more in the fourth issue of CQ Magazine!Read on Issuu | Download as PDF 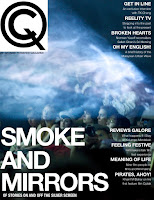 For the third issue of CQ Magazine, we feature the good (and the bad) of screens silver or otherwise, with film as this issue's theme. Get rolling with an exclusive interview with TK Cheng, involved in 14 films released in 2014 alone. Norman Yusoff casts a critical eye on Salleh Ghani's Sri Mersing, while there are also lighter reviews of Kolumpo, Merdekah and If I Stay. Fikri Jermadi runs the rule on Malaysian films in English (in Bahasa Malaysia), and we dig deep into the past, a decade-old article still providing food for thought on reality TV.

Speaking of which, Khairil M. Bahar walks down the memory lane that is his first feature film Ciplak. Adi Iskandar brings us into the present of the film festival experience. Plus, nine film people talk about the meaning of films and filmmaking. All this and more in the third issue of CQ Magazine! 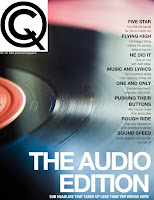 The second issue of CQ Magazine is now on the (digital) shelf! This issue, we look at the sounds of our life, with features ranging from interviews with audio engineers (Adrian Yew) to radio DJs (FLY FM's Magdeline Wang) to a feature on actual DJs by Emillio Daniel. We also have an intimate look into the world of the amateur musician by Zue Hashim, while our very own Siti Noorain takes a closer look at five bands from around South East Asia we should know about.
Plus, ten musicians discuss the deeper meaning of music and songwriting, while Aidit Alfian explains how he first got involved with the music industry. All this and more (and we do mean more) just by clicking on the links below! 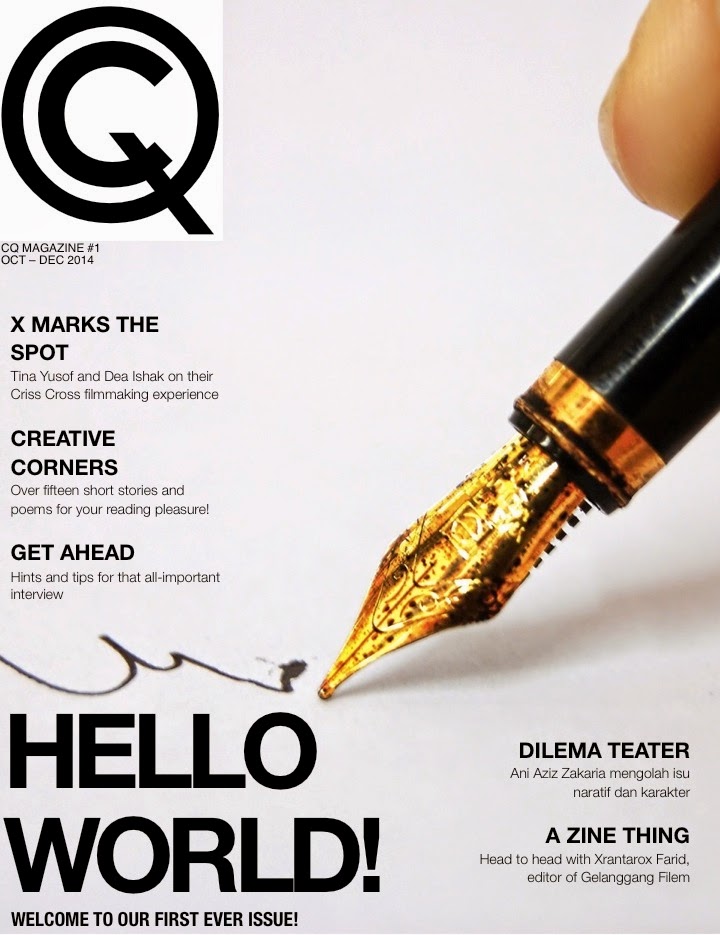 It's the premiere issue of CQ Magazine! Taking our first tentative steps into this brand new world, we feature the writings of Dea Ishak and Tina Yusof, who both look back at the making of their short directorial efforts. There's also some hints and tips for those attending their first job interview, while Ani Aziz Zakaria talks about the issue of character and narrative in theatre.

We also have over fifteen short stories and poems for your perusal, as well an interview with Xrantarox Farid, the editor of Gelanggang Filem.